Despite not being played in Manchester (this game actually took place at The Athletic Grounds in Rochdale) it featured Swinton as they took on the might of Hull Kingston Rovers.

Swinton wearing navy blue, kicked off the game in fine and dry conditions with drizzle coming own at the start of the second half.

Swinton opened scoring with a Chris Brockbank penalty after 31 minutes and stretched their advantage to 5-0 at the break after the winger added a try. Ralph Rhoades, who stepped into the Hull KR threequarters amidst a reshuffle before the game, scored Rovers only try with all the other points from the boot of Laurie Osbourne who converted the try and added two penalties.

That was enough to guarantee victory for Rovers on the day by 9-5.

Swinton had qualified for the final after a resounding 20-2 success over St Helens Recreation while Rovers accounted for Wigan.

That season Swinton finished top of the league with Rovers second.

Here is the match report from the Yorkshire Post. 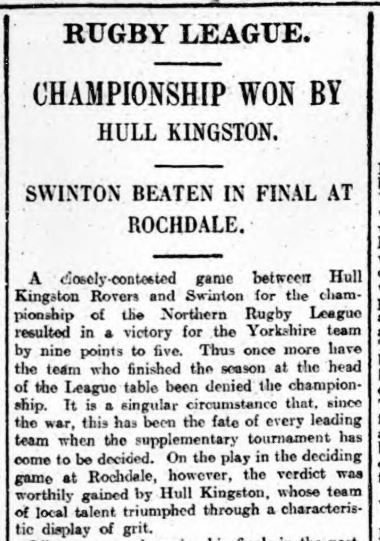 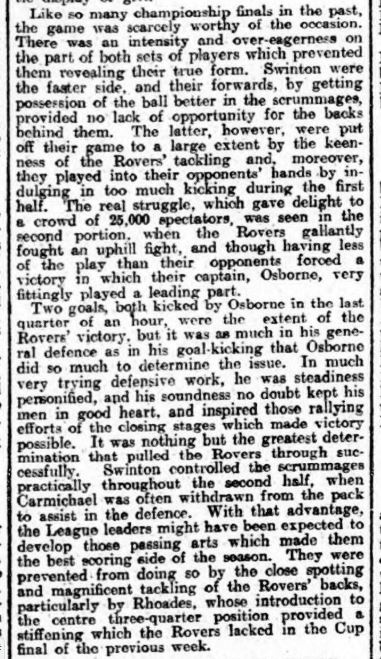 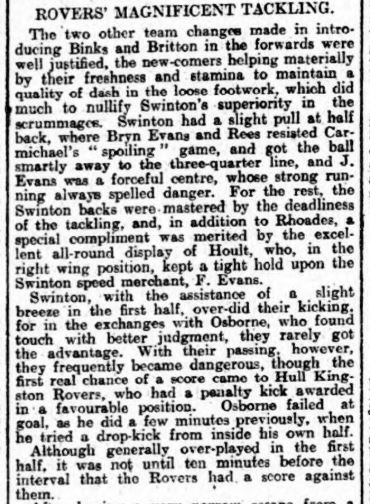 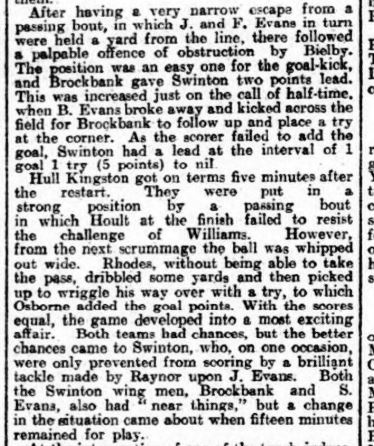 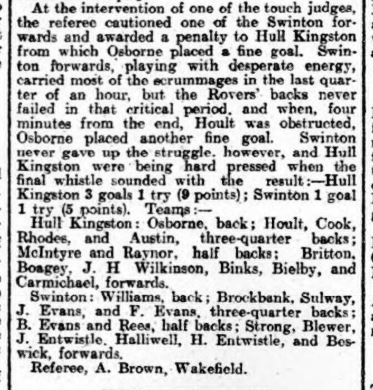